In the Veterans Gardening Guide, I briefly mention my place of birth and where I spent my formative years. Yes, I normally just write about gardening but I wanted to share with you, my readers, what motivated me to dedicate this book to veterans.

I trace my roots back to the quaint village of Eibergen, the Netherlands. Eibergen is located in the province of Gelderland, some 76 miles (122 kilometres) east of bustling Amsterdam, the country’s city capital. Eibergen is mostly agricultural country with a current population under 17,000. When I was growing up, there were about 1,000 residents. It goes without saying that everyone knew everyone.

Just down the road north of Eibergen is the cemetery. It’s here that you will find two graves of British soldiers: Frank Henry Page, raised in Lincoln, Lincolnshire, and Francis Whittle, from Leigh, Lancashire. The inscription of their resting place: “Their name liveth for evermore.” The soldiers died during the battle to liberate the village under German occupation during World War II.

Close by, in the village of Eibergen, municipality of Berkelland, you will find the Liberation Memorial garden which consists of a commemorated group of five memorials.

The central statue is the DANKT EN GEDENKT “Thanks and Commemorate” made from natural stone. This stature depicts a resistance fighter with a fallen soldier at his feet. The sculptor Nicolaas A. van der Kreek (1896 – 1967) attempted to depict the tyranny the Dutch people were under by German occupation.

On both sides of the statue are hard stone plaques. On the left plate a relief of a kneeling couple. On the right plate a mother and child are shown in relief. Among the main statue and plaques are two small pedestals. The Star of David Memorial’s inscription is “Auschwitz, Sobibor, Buchenwald.” It commemorates fifteen Jews and other fellow citizens who died during WWII.

The other memorials honour the military and citizens of Eibergen who died during 1940. There were five Eibergse men who died in military service, and eleven killed in the fight against the occupiers. In 2016, missing names of war victims were added to the plaques.

I’ve never forgotten the sacrifices made by many during the war. I hoped that I could honour their lives, fighting spirit, and commitment to freedom by dedicating the Veterans Gardening Guide to them. I may have left Eibergen in 1962, but it still has a foothold in my heart. 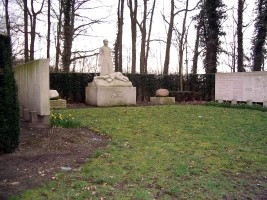 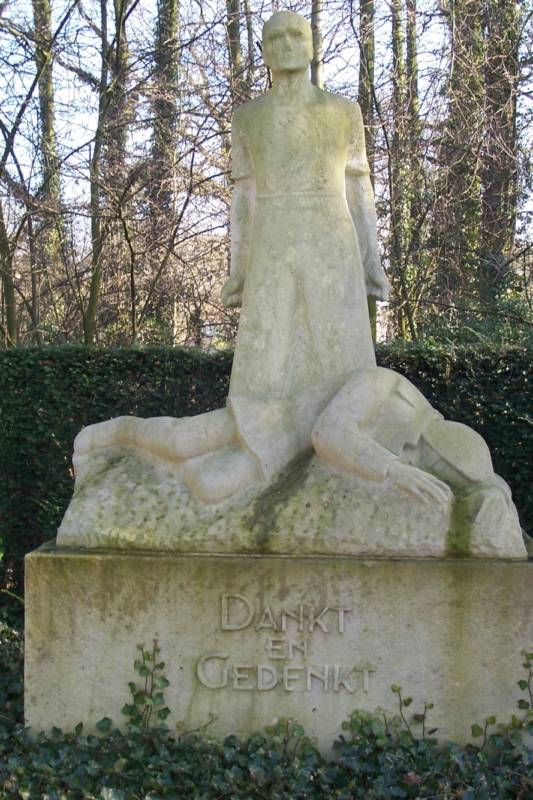 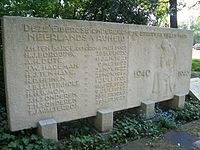